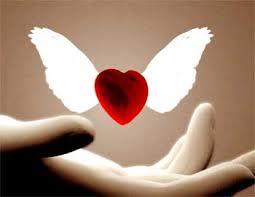 A big part of my life was spent at the head of a stretcher. Those of us who work or worked in EMS call it “the captain’s seat.” There, we direct life-saving efforts, communicate with receiving facilities, breathe for our patients when needed and do our best to keep things calm during transport. Sometimes everything works out; far too often, it does not.

In one case, a young woman fell 40 feet from an escalator, struck her head on a steel beam halfway down and landed on a cement floor. Her fiancé and another couple witnessed the fall, called 911 and waited. I cannot imagine their horror between their frantic call and our arrival, or their sorrow for the rest of their lives. I do not have to imagine my own sadness. I felt it for a decade, and it lingers still.

I was trained as a firefighter, and that training included my EMS certifications. It was rigorous, but far from impossible. I learned how to keep people going, always hoping that the emergency room staff and then surgical teams could finish what we started in the field.

When I encountered this particular patient, I knew that everything that I — or those who followed me — could do would not be enough. The choice to start the life-saving efforts was mine. I made the choice based on the horrified looks on the faces of the survivors, and secretly hated myself for putting the young woman through a violent resuscitation effort. We managed to get a pulse, but I knew she would never regain consciousness.

EMS veterans learn early how to bury the things that need to stay out of sight. We feel things the same way everybody else does, but cannot allow ourselves proper time to heal. A different emergency always comes our way. There is no time to process grief, so we hide it, and move along.

Our strategy works for the people who depend on us. They do not need an emergency responder burdened by a thousand catastrophic events responding to their crisis. They need a person who is fresh, focused and stable.

So I moved on. Days later I read her obituary, and learned that she had a young son who adored her fiancé, and he planned to take care of the child. I can only hope he did.

Ten years passed in a flash. I had made peace with nearly every decision I made during my time at the head of the stretcher. I learned to trust other people in matters of health and well-being.

Eventually, I found myself in a hospital room with my wife who needed medical care. For four days we lingered in the surreal world of tests and results, hospital food, doctors’ rounds, worry, hope and an incredible nursing staff.

One of those nurses was particularly helpful, and we struck up a friendship. Eventually professional barriers were crossed and our personal lives were revealed.

We told stories of our families, and how fragile the human body is. We shared our mutual experiences with loss, and how we learned to cope. Family is of utmost importance, we agreed. She told us the story of her father, a great man from Liberia, and how important he is to her family. We learned how he was nearly lost 10 years ago, and how his life was saved by the heart of an unfortunate young girl who donated her organs after an untimely death.

“You may have heard of her,” our nurse said in her beautifully accentuated speech, her words sounding more like a song than sentences. “She fell from an escalator in Providence.”

Michael Morse (mmorsepfd@aol.com), a monthly contributor, is a former captain with the Providence Fire Department and the author of the books “Rescuing Providence” and “Rescue 911.”